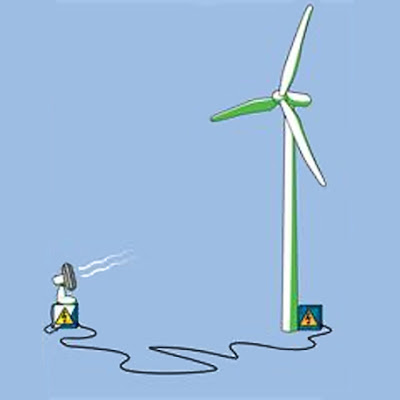 There are several blogs objecting to industrial-scale generation of electricity from wind power. The topics covered by these blogs typically include the following:

(i) The fundamental drawback of low “availability” of wind power and the need for backup generation capacity; in fact, wind power is tantamount to gas or oil power, which can provide backup, unlike coal or nuclear.

(ii) The high cost of electricity produced and high initial capital costs; electricity from chicken manure is cheaper. With high enough carbon taxes, and stiff penalties, you too may choose a German or Danish windmill, willingly.

(v) Global and national energy use patterns and the utopian goal of substituting conventional power with “green” power; the proponents of Desertec claim that a little square in the Sahara is able to collect all the energy required by Europe. I doubt that Rommel or Montgomery were fighting over that little patch of Sahara for that purpose.

(vii) Local and international politics related to most of the above; the Green War as a sequel to the Cold War, WW2, WW1, the Great Game, etc.

The issues itemized above are quite diverse and interdisciplinary and rather difficult or convoluted to use as arguments against some planned wind project in your neighborhood. Nor do the proponents of wind power rely on any facts or figures, for that matter. They mention installed megawatts, and megawatt-hours over a year, and number of homes, and tons of CO2 -- all interesting but false and misleading arguments, arguments that would not fit in a traditional business plan, or a consumer cost-benefit analysis calculation. What we are innundated with, instead, is polar bear cubs, images of imminent apocalyptic catastrophe, followed by rolling green hills with serene windmills against blue skies and pink sunsets, with religious and messianic overtones. Monty Python material... Would be amusing, if we had the choice to pay for it, or not. 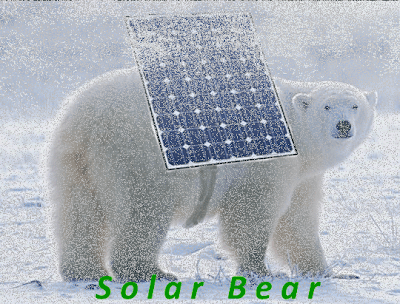