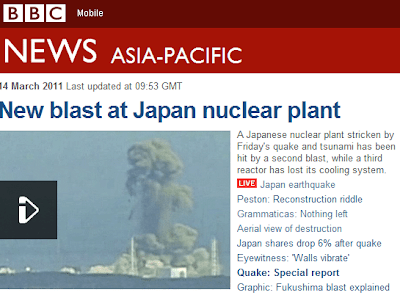 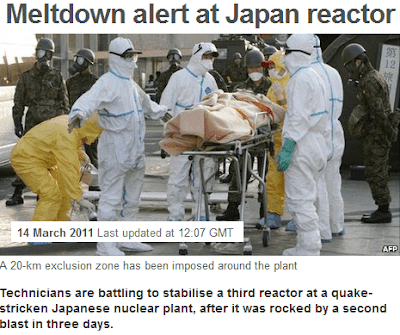 UPDATE: A hydrogen explosion rocked a crippled nuclear power plant in Japan today where authorities have been scrambling to avert a meltdown following Friday's massive earthquake and tsunami.
Crucially, the thick walls appear to be intact around the radioactive cores of the damaged reactors in the nuclear power complex north of Tokyo.
Later in the day, another reactor in the plant lost its cooling capacity, raising the risks of another blast.
Rescue workers are combing the tsunami-battered north-east for survivors and trying to care for the millions without power or water in Japan's worst crisis since World War Two, that has likely killed at least 10,000 people. REUTERS, The West Australian March 14, 2011, 11:20 am
Japanese Earthquake Update (14 March, 15:35 CET)
Fukushima Daiichi Nuclear Power Plant
http://www.iaea.org/newscenter/news/tsunamiupdate01.html
Japanese authorities have reported to the IAEA that Fukushima Daiichi Unit 2 has experienced decreasing coolant levels in the reactor core. Officials have begun to inject sea water into the reactor to maintain cooling of the reactor core.
Sea water injections into Units 1 and 3 were interrupted yesterday due to a low level in a sea water supply reservoir, but sea water injections have now been restored at both units.

TOKYO (Nikkei)--The fuel rods at the Fukushima nuclear power plant's No. 2 reactor were still fully exposed as of 3 a.m. Tuesday, with the water level remaining low, according to Tokyo Electric Power Co. Tepco said earlier that it succeeded in opening the pressure-relieving valves, making it easier to pump seawater into the reactor as a coolant. But the water level has not recovered since.(The Nikkei March 15 morning edition) 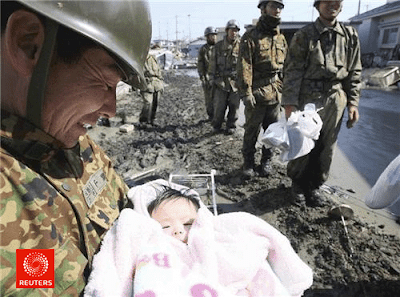 Engineers battle to cool a third reactor at a Japanese nuclear plant after a second blast in three days, although the IAEA says there are no signs of a meltdown.