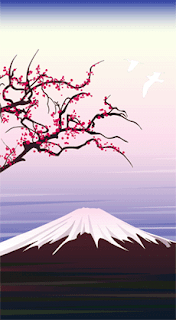 TOKYO (Nikkei)--The fuel rods at the Fukushima nuclear power plant's No. 2 reactor were still fully exposed as of 3 a.m. Tuesday, with the water level remaining low, according to Tokyo Electric Power Co.

Tepco said earlier that it succeeded in opening the pressure-relieving valves, making it easier to pump seawater into the reactor as a coolant. But the water level has not recovered since.

Blast Heard At Fukushima's No.2 Reactor: GovtTOKYO (Kyodo)--An explosion was heard early Tuesday morning at the troubled No. 2 reactor of the quake-hit Fukushima No. 1 nuclear power plant, the government said, about five hours after work resumed to inject seawater into it to prevent overheating of exposed fuel rods.

Shortly after the 6:10 a.m. incident, the radiation level exceeded the legal limit to reach 965.5 micro sievert per hour, and it is feared that the reactor's pressure-suppression system was damaged, the Nuclear and Industrial Safety Agency.

Tokyo Electric Power Co., the plant's operator, said it is evacuating workers from the plant, except for those necessary for the work to cool the reactor.
http://e.nikkei.com/e/fr/tnks/Nni20110315D15JF810.htm 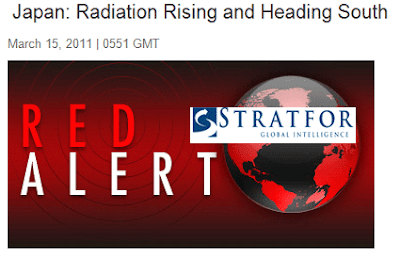 The nuclear reactor emergency in Japan has deteriorated significantly. Two more explosions occurred at the Fukushima Daiichi nuclear power plant on March 15. The first occurred at 6:10am local time at reactor No. 2, which had seen nuclear fuel rods exposed for several hours after dropping water levels due to mishaps in the emergency cooling efforts. Within three hours the amount of radiation at the plant rose to 163 times the previously recorded level, according to Japan’s Nuclear and Industrial Safety Agency. Elsewhere radiation levels were said to have reached 400 times the “annual legal limit” at reactor No. 3. Authorities differed on whether the reactor pressure vessel at reactor No. 2 was damaged after the explosion, but said the reactor’s pressure-suppression system may have been damaged possibly allowing a radiation leak. Subsequently, a fire erupted at reactor No. 4 of the Fukushima Daini plant (where cooling systems had also failed) and was subsequently extinguished, but a hydrogen explosion occurred at No. 4 reactor as well, according to Kyodo. Kyodo also reported the government has ordered a no-fly zone 20 kilometers around the reactor, and Prime Minister Naoto Kan has expanded to 30 kilometers the range within which citizens should remain indoors and warned that further leaks are possible.

Reports from Japanese media currently tell of rising radiation levels in the areas south and southwest of the troubled plant due to a change in wind direction toward the southwest. Ibaraki prefecture, immediately south of Fukushima, was reported to have higher than normal levels. Chiba prefecture, to the east of Tokyo and connected to the metropolitan area, saw levels reportedly two to four times above the “normal” level. Utsunomiya, Tochigi prefecture, north of Tokyo, reported radiation at 33 times the normal level measured there. Kanagawa prefecture, south of Tokyo, reported radiation at up to 9 times the normal level. Finally, a higher than normal amount was reported in Tokyo. The government says radiation levels have reached levels hazardous to human health. Wind direction is not easily predictable, constantly shifting, and reports say it could shift west and then back eastward to sea within the next day. Wind direction, temperature, and topography all play a crucial factor in the spread of radioactive materials as well as their diffusion. It is impossible to know how reliable these preliminary readings are but they suggest a dramatic worsening as well as a wider spread than at any time since the emergency began.

The Japanese government has announced a 30 kilometer no-fly zone and is expanding evacuation zones and urging the public within a wider area to remain indoors. The situation at the nuclear facility is uncertain, but clearly deteriorating. Currently, the radiation levels do not appear immediately life-threatening outside the 20km evacuation zone. But if there is a steady northerly wind, the potential for larger-scale evacuations of more populated areas may become a reality. This would present major challenges to the Japanese government. Further, the potential for panic-induced individual evacuations could trigger even greater problems for the government to manage.

That reading, 400 millisieverts per hour, is 400 times the maximum amount of radiation deemed acceptable over one year.

The nuclear crisis triggered by Friday's earthquake may be of a severity equal to that of the Three Mile incident in the U.S., experts say.

On Tuesday morning, a hydrogen explosion occurred at a building that houses spent nuclear fuel at the plant's No. 4 reactor. The reactor had already been taken off-line for regular inspections when the temblor struck.

Also on Tuesday morning, the No. 2 reactor's suppression pool, located in the lower part of the containment vessel, was damaged by a blast.

Prime Minister Naoto Kan urged people within 30km of the plant to stay indoors. Those within 20km had already been told to evacuate.

At a press conference Tuesday morning, Chief Cabinet Secretary Yukio Edano said radiation levels near the facility are far higher than those observed earlier, and have reached amounts that could pose possible health risks.

Higher-than-usual radiation levels have also been detected in the Kanto region, including in Ibaraki, Tokyo and Kanagawa prefectures, but not in amounts deemed harmful.

The blaze started Tuesday morning but was later extinguished, Tokyo Electric Power Company said. It was unclear how much radioactive material may have been emitted, or what kind of health threat that could pose

Officials: High temperatures may have caused used fuel rods to ignite or explode

Edano: Radiation levels at the plant gate "cause no harm to human health"

Walsh: A key question is whether the blast breached a containment vessel
Officials evacuate workers, tell anyone within 30 kilometers to stay indoors

IAEA Japan Earthquake Update (15 March 2011, 14:10 UTC)
http://www.iaea.org/newscenter/news/tsunamiupdate01.html
The IAEA Incident and Emergency Centre (IEC) continues to monitor the status of the nuclear power plants in Japan that were affected by the devastating earthquake and consequent tsunami.

All units at the Fukushima Daini, Onagawa, and Tokai nuclear power plants are in a safe and stable condition (i.e. cold shutdown).

The IAEA remains concerned over the status of the Fukushima Daiichi nuclear power plant, where sea water injections to cool the reactors in Units 1, 2 and 3 are continuing. Attempts to return power to the entire Daiichi site are also continuing.

After explosions at both Units 1 and 3, the primary containment vessels of both Units are reported to be intact. However, the explosion that occurred at 04:25 UTC on 14 March at the Fukushima Daiichi Unit 2 may have affected the integrity of its primary containment vessel. All three explosions were due to an accumulation of hydrogen gas.
Posted by archaeopteryx at 12:04 π.μ.
Αποστολή με μήνυμα ηλεκτρονικού ταχυδρομείου BlogThis!Μοιραστείτε το στο TwitterΜοιραστείτε το στο FacebookΚοινοποίηση στο Pinterest