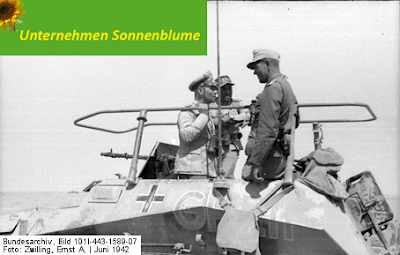 My working hypothesis is that most of what we see, hear and experience today in Renewable Energy, Sustainability, Green jobs and Climate Change theories, is part of a brilliant, masterful and elegant German plan.

Germany re-emerged as a unified country around 1990 with its own set of political and geopolitical constraints. If I were a German planner around that time, I would be looking for ways to continue the West German Wirtschaftswunder (Economic Miracle) within a post-Cold War European Union context. I would be trying to capitalize on German competitive advantages and maximize wealth and employment. Research, development, design, engineering, efficiency and quality have been stereotypical German competitive advantages. Premium pricing was a weakness that had to be addressed.

What Germany implemented was (i) a Green Marketing Plan to mass market its goods and services, and (ii) a mechanism to offset their high prices.

The marketing plan capitalized on existing popular predispositions. Germany did not invent the environmental movement, nor did it invent human desire for a better life, nor did it invent the concept that “good” is preferable to “bad”. However, I believe that Germany encouraged sympathetic opinion leaders, rewarded outspoken proponents, effectively influenced academia by sponsoring research, ever so subtly accommodating and rewarding findings that suited its purposes. I cynically surmize that prestigious international awards such as the Nobel Prize have been recruited to further the cause. The marketing plan probably supported NGOs and special projects, everything in a proper and admirable humanistic way, with a steady nurturing of the desirable bias.

Germany also found or created business partners and allies in ancillary and complementary businesses, thus broadening the community of avid supporters of its plan. It also fostered financial market participation by providing the framework for low-risk, high-return Green investments, embellishing them with lavish Green advertizing, and actively maintening a carbon exchange: "Making money while doing good". What could be more desirable than a good motive to justify Greed?

The combination of (i) distributed business and financial interests (ii) pervasive and continuing propaganda and (iii) old-fashioned jawboning in poorer countries created "believers", "stakeholders" and Green politicians in the Brave Green World.

The mechanism to offset the high price of German goods and services has been quite simple: Subsidies, mandatory high prices and taxes. Siemens has been admonishing the US government to subsidize Green activities. If European and German taxpayers were not already strained, politicians would continue lavish subsidies for Green (German) products; this is no longer politically palatable. But we still have "feed-in-tariffs". Feed-in-tariffs are nothing less than mandatory high prices. To justify feed-in-tariffs, the concept of cap-and-trade and carbon rights was created. This is simply a carbon tax. Carbon rights, either in the US or European version, would be worth "zilch" without a tax, or the threat of a tax. As soon as it became apparent in the US that cap-and-trade would be politically unacceptable, the carbon rights on the Chicago exchanged collapsed. In Europe, carbon rights prices are kept alive artificially through the looming threat of a carbon tax in two or three years. I would hope that a European tax would be politically unacceptable.... But we still have the planet to save in Europe, Europeans being a mere 12 or 13% of the World's population.

A European carbon tax would be indifferent or positive to Scandinavian countries, France, and all countries that are or will become nuclear. It will impoverish non-nuclear countries. It will assist German exports and German employment. It also will favor expensive and politically sensitive gas over inexpensive and riskless coal. This is why Antropogenic Global Warming scaremongering is key.

I have not proven that Germany is behind the Green Scam. It is a working hypothesis supported by the fact that the major beneficiaries are German companies. It is also supported by the circumstantial evidence of German sponsoring of Green NGOs that amounts to indirect funding of Green politicians, which may be less offensive than old-fashioned bribing.

We know that Germany is behind Desertec. Up until now, Desretec was to save the Planet by bringing free and plentiful solar energy from the Sahara. In the wake of North African turmoil, Desertec has already started being promoted as an agent for stability in North Africa. Just like Rommel's Unternehmen Sonnenblume... Sunflowers, solar energy... Recurring themes.
Posted by archaeopteryx at 11:21 π.μ.
Αποστολή με μήνυμα ηλεκτρονικού ταχυδρομείου BlogThis!Μοιραστείτε το στο TwitterΜοιραστείτε το στο FacebookΚοινοποίηση στο Pinterest