Bulgaria's economy and energy minister, Delyan Dobrev, announced Oct. 22 that Sofia would begin construction on the Turkey-Bulgaria natural gas interconnector in early 2013 as part of the development of the EU-backed Nabucco West pipeline project. The announcement followed a increase in tensions between Bulgaria and Russia over issues surrounding the construction of the competing, Russia-backed South Stream pipeline project and over Bulgaria's Belene nuclear power plant.

Strapped for time and with few alternative routes for the South Steam pipeline, Moscow has very little leverage in its dealings with Sofia. If Russia is to remain on schedule for the completion of one of its key infrastructure projects to supply the European market, it will have to offer limited concessions to Bulgaria.

The dispute between Russia and Bulgaria began after Bulgaria scrapped plans for the Belene nuclear power plant, which was to be built with Russia's help. In response to the plant's cancellation, Russian nuclear power company Atomstroyexport filed a claim of more than $1.3 billion against Sofia. The claim was prohibitive for Bulgaria, which has a yearly budget of less than $20 billion.

In September, Bulgarian Prime Minister Boyko Borisov announced that Russian President Vladimir Putin would visit Sofia on Nov. 9 to finalize the agreement over the South Stream pipeline. During the visit, Borisov said, Putin would have to answer for Atomstroyexport's claim. Shortly thereafter, the Kremlin denied that a visit to Sofia was on Putin's agenda, leading Borisov to threaten Oct. 12 that he would cease negotiations on the South Stream pipeline if Putin failed to visit.

For geographic and technical reasons, the only alternative to a Bulgarian landfall would be Romania. In 2010, Moscow threatened to transfer the South Stream pipeline landfall to Romania when Bulgaria was reconsidering the terms of the project.

However, Romania has traditionally supported the competing, EU-backed Nabucco pipeline and has been generally orientated toward Brussels, creating significant hurdles for the development of the Russian project. Russia and Romania have also consistently been at odds over the issue of Moldova. Finally, the Romanian government has been effectively paralyzed since August and will continue to be until the December vote, ruling out the possibility that Moscow could quickly reach a final agreement on South Stream before the end of 2012.

And time is in short supply for Russia. Moscow is determined to finalize all the South Stream contracts in November and break ground before 2013, when, in March, the EU Third Energy Package will come into effect. The package's provisions would force Moscow to incorporate an agreement to share transit rights on the pipeline with other exporters to Europe. While Russia is likely to eventually seek an exemption from certain EU regulations for South Stream, as it has done with the Nord Stream pipeline, the legal process is long and arduous. However, if South Stream is built before the energy package comes into play, some observers believe it will be much easier for Russia to secure an exemption. Moscow cannot afford such a delay and has also been looking at different ways to encourage Bulgaria to sign on to South Stream as quickly as possible.

In late August, Gazprom agreed to give Bulgaria an 11 percent discount on natural gas imports, retroactive from April, if it committed to signing an agreement on the South Stream pipeline. But the discount is only applicable until Nov. 15, when the major renegotiation of the natural gas supply contract is scheduled to be held. So far, Russia has not given any indication it would also lower prices for future contracts, prompting doubts in the Bulgarian government as to Moscow's commitment to the discount.

Bulgaria is a relatively small consumer of natural gas (2.1 billion cubic meters per year), but it is wholly dependent on Russian imports. The 11 percent discount would save Bulgaria $66 per thousand cubic meters -- from $600 to $534 -- amounting to savings of around $50 million since April. The figure pales in comparison to the $1.3 billion that Atomstroyexport is demanding in reparations from the Bulgarian government for the Belene plant's cancellation.

While there is significant disagreement within the Kremlin about how to deal with Sofia's challenge, Moscow is running out of ways to push Bulgaria into fast-tracking its commitment to South Stream. The crisis in Bucharest would mean delays if Russia chose Romania as an alternative route, and Moscow's usual enticement, natural gas discounts, is simply not enough for Sofia.

If Russia misses its March 2013 deadline for the beginning of construction on South Stream, it risks being found in violation of the Third Energy Package directives and further aggravating its disputes with the European Union. Moscow will have the option of negotiating an exemption for South Stream similar to the one it procured for the Nord Stream pipeline, but the process is extremely long and, given the current tensions with the European Commission, approval is far from granted. Therefore, Stratfor expects Russia to offer concessions to Sofia on the Belene power plant issue as well as discounts on the natural gas contract renegotiation before the end of 2012. 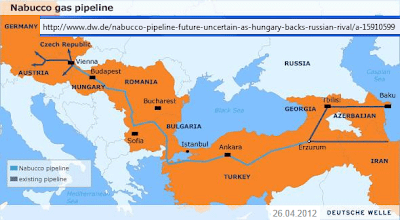 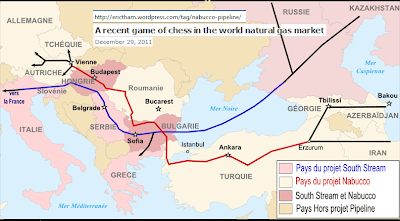 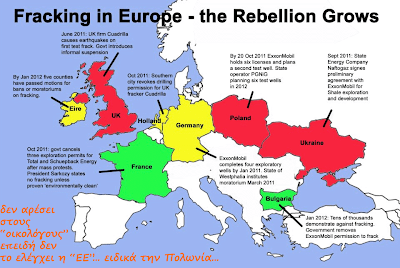