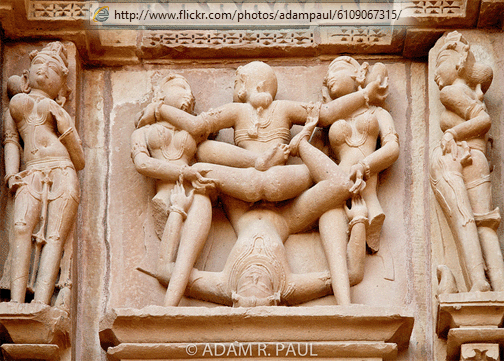 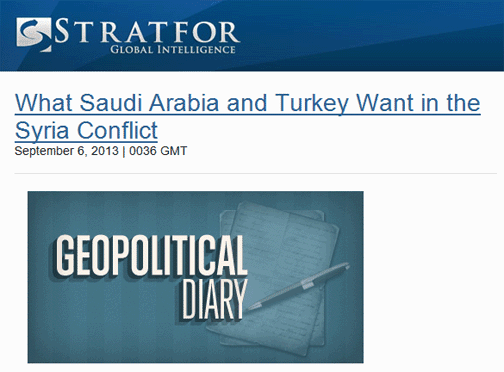 As the debate continues over whether the United States will intervene in Syria, many observers have overlooked what Turkey and Saudi Arabia -- Washington's two main regional allies -- want from the Americans. Both countries want the United States to conduct a more comprehensive strike that weakens the regime, but their interests over the fate of Syria after the intervention differ greatly. Either way, Ankara's and Riyadh's behavior threatens to draw Washington into its third war in the Islamic world in 12 years.


On Thursday, Turkish media reported that the country deployed additional forces along its border with Syria ahead of expected U.S. military action. The previous day, U.S. Secretary of State John Kerry said that Arab countries had offered to pay for the cost of any military action against Damascus. Kerry added that there was international consensus involving "Saudi Arabia, the Emirates, Qataris, the Turks and the French" on the need to take action against Syria for its use of chemical weapons against its own people.

Kerry is right to place the Saudis and the Turks in the same broad category of those that support Washington's use of force against Damascus. But he ignores the fact that both Ankara and Riyadh want the United States to topple the Syrian regime. That, however, is where their agreement ends. Not only does Washington disagree with its two main allies on the scope of the mission, but all three disagree on how they want the conflict to play out.

Neither Washington nor Ankara wants to the regime to fall completely because they do not want transnational jihadists to assume power. In Turkey, the political elites have divergent views on how far they should go in pursing regime change south of the border. Certainly the Syrian civil war presents risks; the threat of Kurdish separatism is far greater if the Syrian regime collapses. But the conflict also presents the opportunity to expand Ankara's regional influence. The United States, however, wants to oust al Assad but not dismantle his regime entirely -- Washington is not interested in weakening Iran to the benefit of Sunni radicals.

The Saudis have a much more hawkish position. After two years of disappointment, Riyadh is pleased to see that Washington may finally exercise the military option. Ultimately, it wants Washington to destroy the Alawite government. Regime change would enable the Saudis to defend against the influence of Iran, their biggest enemy, and to undermine Tehran and its two pre-eminent allies, Iraq and Hezbollah.

Riyadh knows that the collapse of the al Assad regime will create a vacuum that will be exploited by transnational jihadists, but that is a negligible concern. From the Saudi point of view, it is a price worth paying if Riyadh can undermine Iranian regional influence. In fact, Saudi Arabia believes that jihadists are the only effective tools that can be used against the Iranians and their Arab Shia allies.

The Saudi perspective is also informed by the assumption it will be spared any blowback from Syrian instability. Unlike Turkey, it does not share a border with Syria. Between its financial power and its being the only state to have actually defeated jihadists within its borders, Saudi Arabia is confident that it can manage whatever jihadist threat emerges in a post-al Assad Syria.

Ankara shares Riyadh's desire to weaken Iran -- Tehran stands between the Turks and their regional ascendance -- but it is not willing to go as far as the Saudis. Though both Saudi Arabia and Turkey will try to bolster their preferred rebel factions in pursuit of their respective goals, the decision on just how much damage to inflict on the regime still rests with the United States.